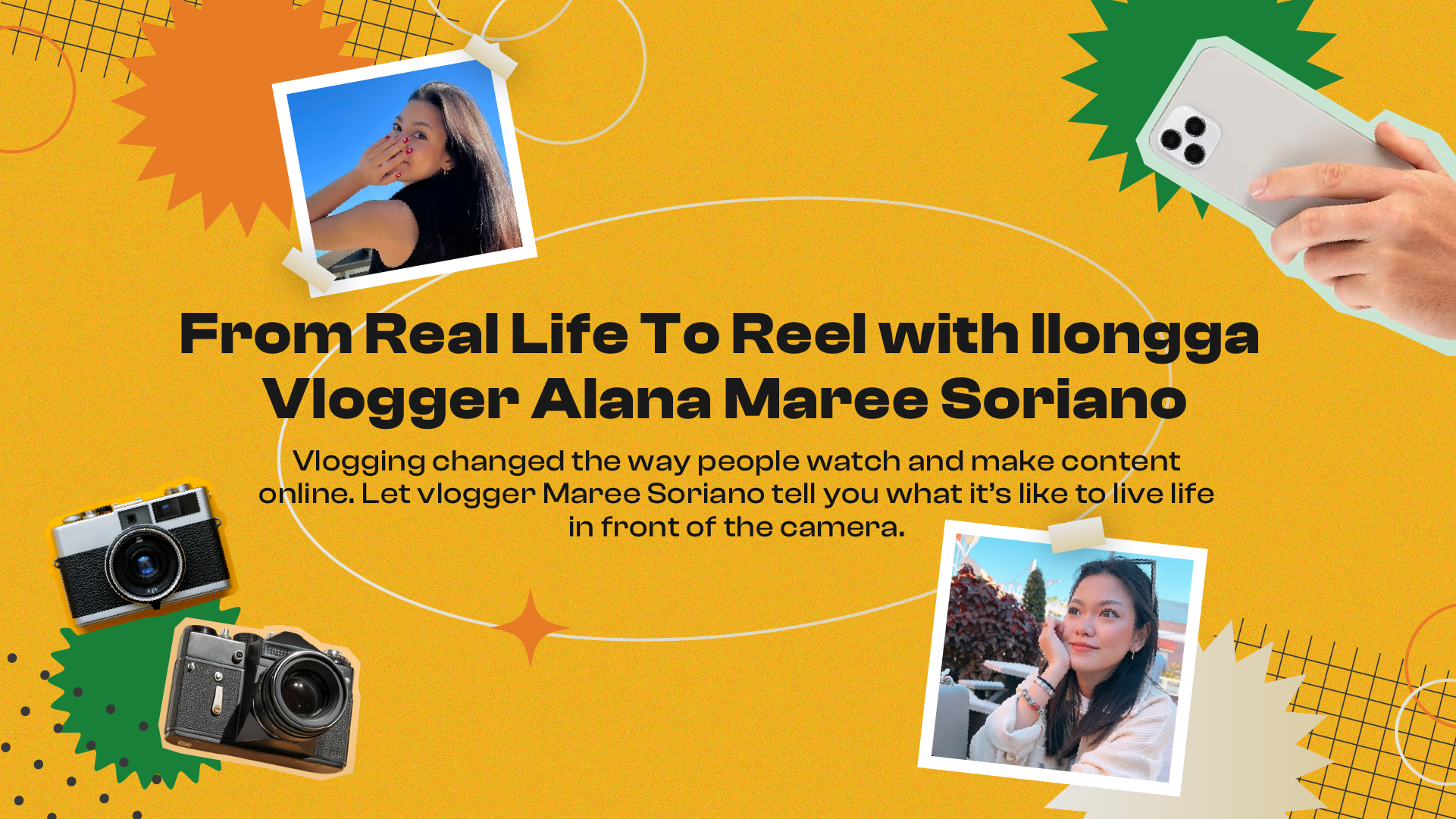 When YouTube launched in 2005, most of its content was amateur shorts captured by families or groups of friends. Today, it’s a treasure trove of random reels. From official music videos, and celebrity scandals, to travelogues, cooking shows, and movie trailers – there’s probably nothing you can’t find on the platform.

YouTube has unwittingly established a new pastime: vlogging. Short for ‘video blog’ or ‘video log’, it’s like a public diary in audio-visual format. Topics can range from hobbies and interests, reactions, and dares, to just everyday stuff. Not only did it expand the platform in terms of new content, it also gave people a chance to showcase their talents while earning money on the side.

Let vlogger Alana Maree tell you what it’s like to live life in front of the camera.

Who Is Alana Maree? 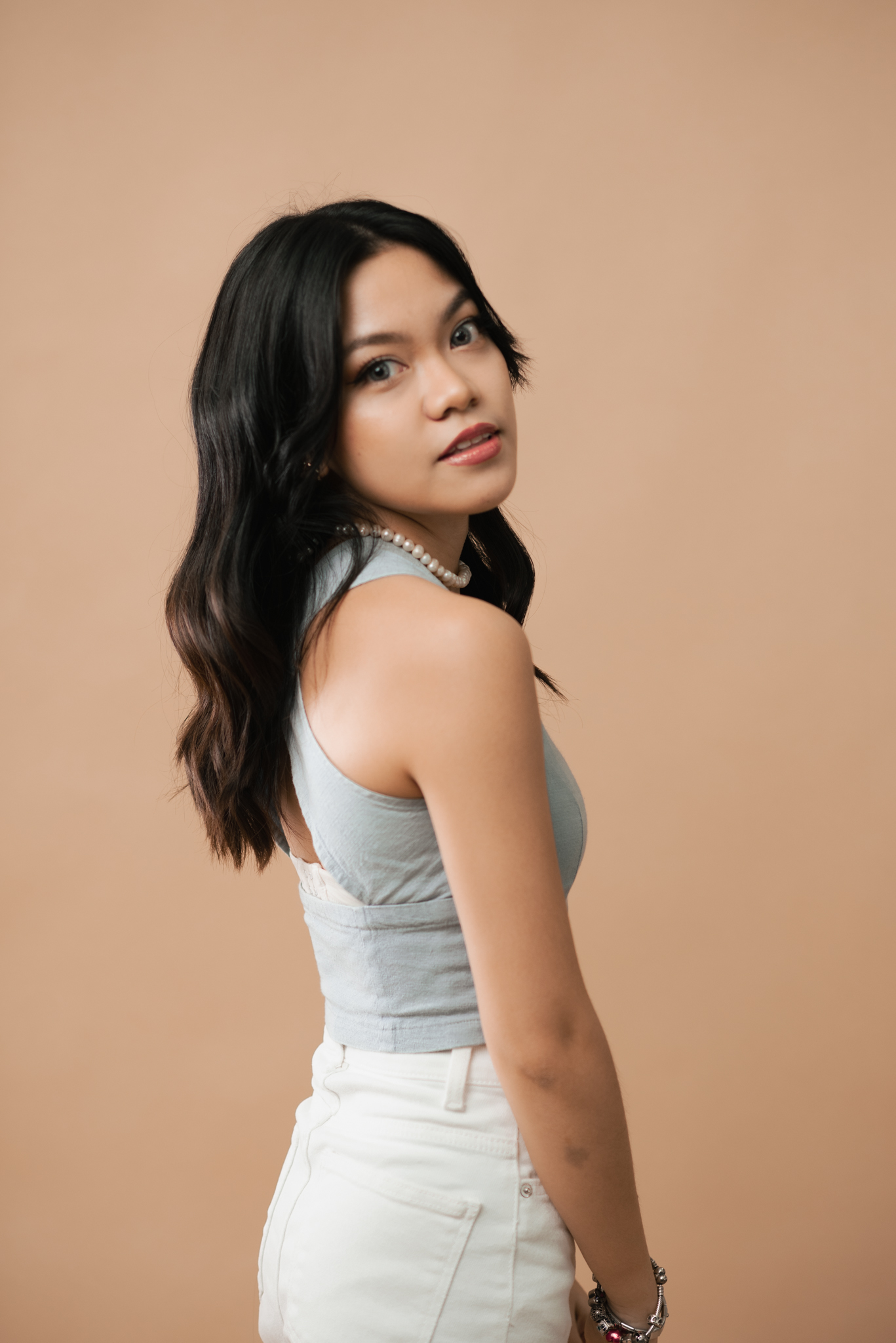 Nowadays, it seems impossible not to have a favorite YouTuber. Even Ilongga vlogger Alana Maree Soriano has one:

“I started vlogging when I was around 14 years old (8th grade). I binge-watched Amanda Steele (beauty and fashion YouTube star, previously Makeupbymandy24) and she inspired me to vlog.”

Silly, pretty, and a ball of energy, Alana documents her adventures in beauty, fashion, and lifestyle. Her YouTube account, Maree Soriano, has grown significantly since she began posting videos in 2017. She’s currently living in Illinois, U.S.A., so her recent content reflects that. However, you can browse other cool videos, such as travel (she’s been to Hong Kong, Boracay, and Vietnam, to name a few), makeup, fashion, and BTS-related fangirling. 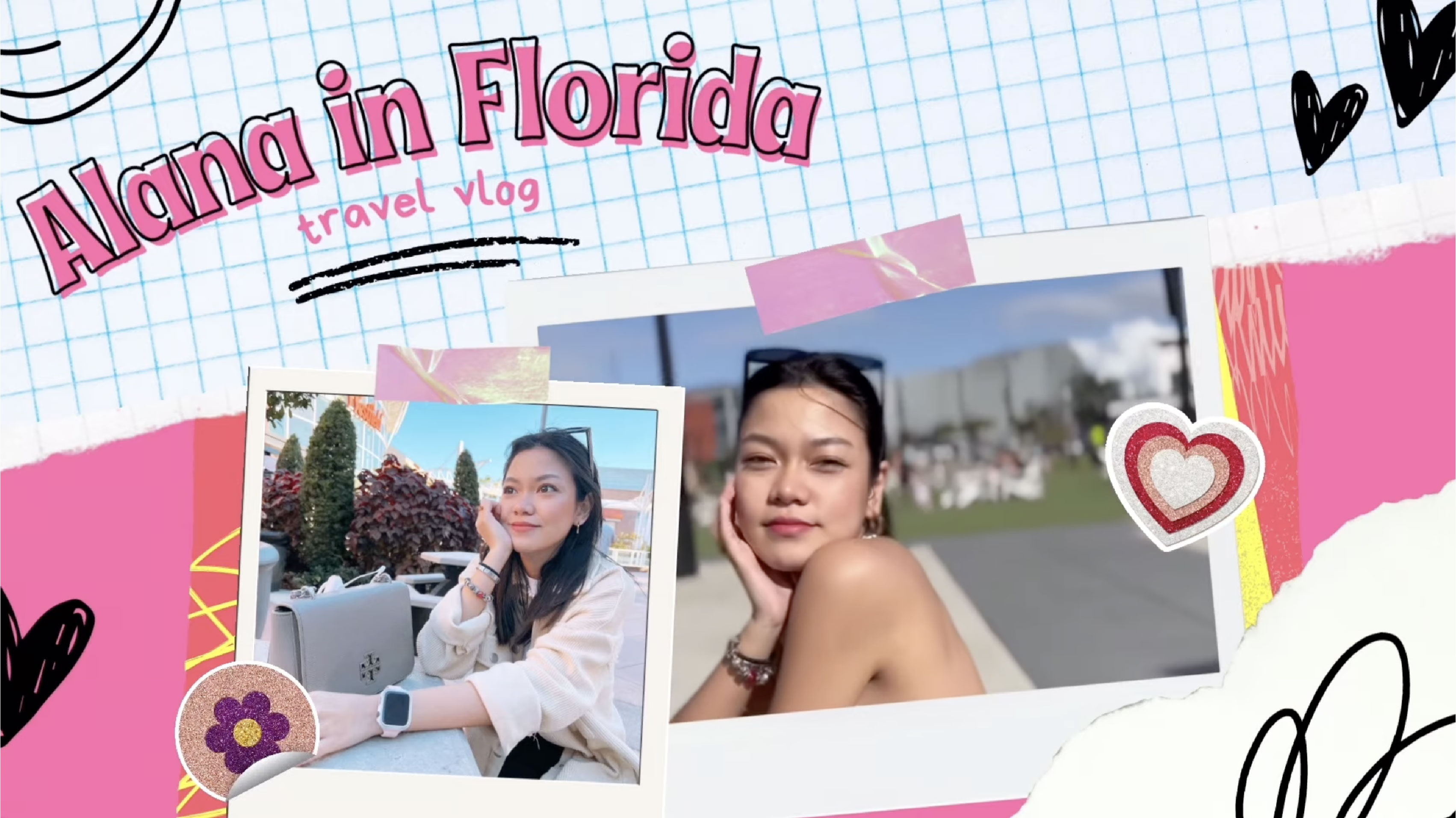 As a vlogger, Alana doesn’t have a definite method for creating content. She loves being in the moment and lets her creative juices flow naturally.

“I don’t necessarily have a step-by-step process. I like to post content that happens in real-time. For example, I vlogged about the festival that I recently went to, called Lollapalooza. That’s what I like to do. My vlogs are for keeping memories; stuff that I can re-watch myself and reminisce…I don’t mind if nobody watches it - as long as I do!”

Many great things come from small beginnings. Alana began with an old camera and eventually moved up to edit videos on her laptop. With the magic of smartphones, anyone can follow in her footsteps and begin vlogging immediately. One of the challenges though is finding something relevant that will get you views. Because of her varied interests, Alana has little trouble in this area.

“…Most of my content involves my life; however, I do like to stay on trend, too. As a K-pop fan, the BTS album unboxing video was pretty timely. I know my audience will be curious about it. I can post about significant events as well. If my viewers haven’t had the chance to be there, they can experience it through my vlogs.”

Now that she’s in the U.S. where there are hundreds of YouTube celebrities she could bump into, we asked who she’d like to collaborate with in the future:

“I would absolutely like to meet my favorite vlogger, Amanda Steele!” 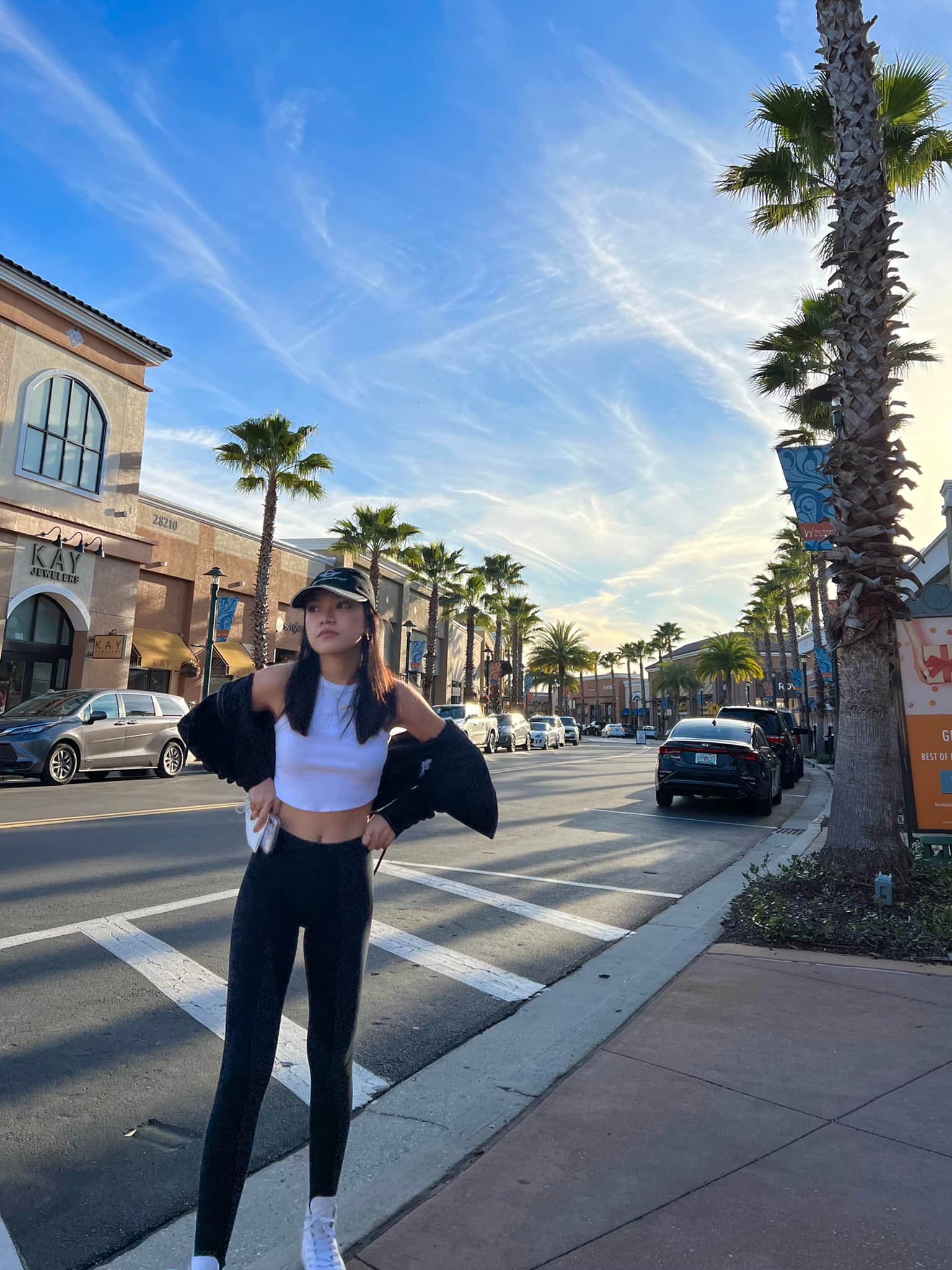 Even though she continues to vlog as a hobby, Alana discovered that she could turn it into a career when she joined the Iloilo Millennial Vloggers (IMV) in 2019. She was still in school then but enjoyed the perks that came with the job.

“…we would go on trips for free and vlog those for content. It was nice to do something fun while earning at the same time.”

It sounds like a dream job for us, but sharing your life with the world has its disadvantages. For one, you’re opening yourself up to all kinds of criticisms from total strangers on the Web. But 23-year-old Alana says you just need to learn to draw boundaries between your private life and what you’re willing to share:

“As a person who grew up vlogging, I think most people have seen my vulnerable side, like me crying or getting lost in Hong Kong, stuff like that. Of course, there are particular things I don’t show on camera. This is especially true now that I live elsewhere. I started becoming more private about what I show and vlog about.”

She doesn’t let mean comments get to her. For Alana, the fact that she enjoys making content is enough. When it comes to social media platforms, she ranks Instagram as number one, followed by YouTube:

“I don’t post on TikTok as I don’t think I’m effective there! I enjoy Instagram the most because I don’t have to edit 30-minute clips or one-hour-long footage.”

Doing It Her Way 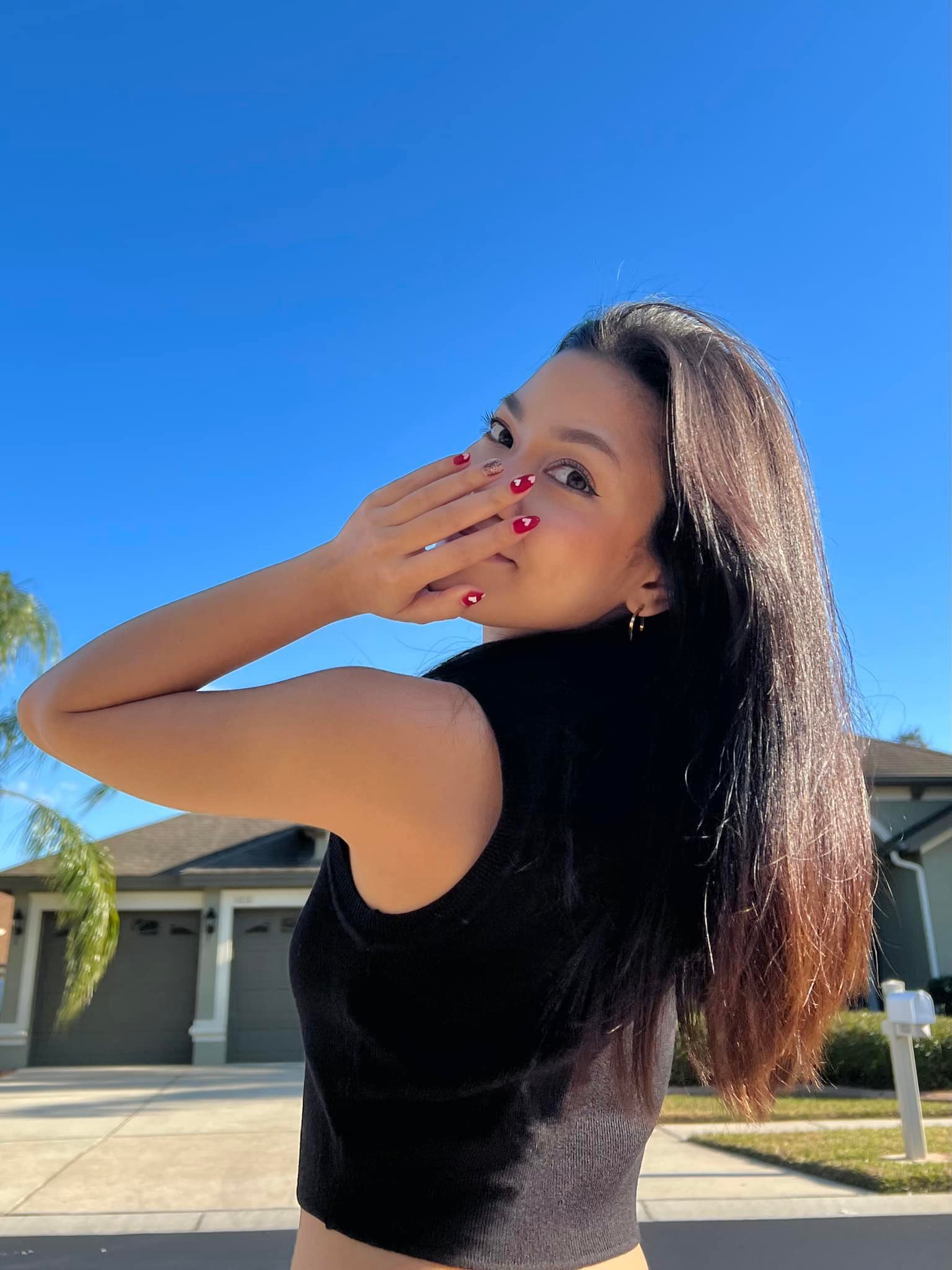 It’s been more than five years and a lot has happened in her life, but Alana is still making videos (though not as often as she would want to).

“Actually right now, I’m not really vlogging. Since arriving in the U.S., I’ve been so busy that I haven’t had the time or the will to do it, which is bad. I’ve just been working and I feel like my life isn’t as interesting as it used to be. But I know that when the time comes, I’ll find my passion again.”

We sure hope she does, too. After all, with a growing number of followers, we’re not the only ones looking forward to seeing her bright, goofy personality online! While vlogging has changed her life, Alana still sees it as a hobby she can go back to regardless of hiatus.

“If I want to remember something, I’ll take videos so I can always remember it…I won’t have the memories I have today if I didn’t vlog.”

You don’t need to be a pro to have a decent video channel. Occasionally, it’s nice to simply look back at our old selves and see how we handled life. Two years ago, Alana posted a reaction video of her watching her old content. It was a fun, candid walk down memory lane.

Interested in starting your own YouTube channel? Feeling down because of a low subscriber count? Alana wishes you the best of luck – and leaves you with this sage advice:

“Just go for it! It doesn’t matter whether people watch your videos or not. As long as you enjoy it, you won’t regret anything.”

Curious about a day in the life of a vlogger? Check out Alana’s posts on Instagram @mareesoriano.

Don’t forget to SUBSCRIBE to Stories in Studios for more inspiring stories. 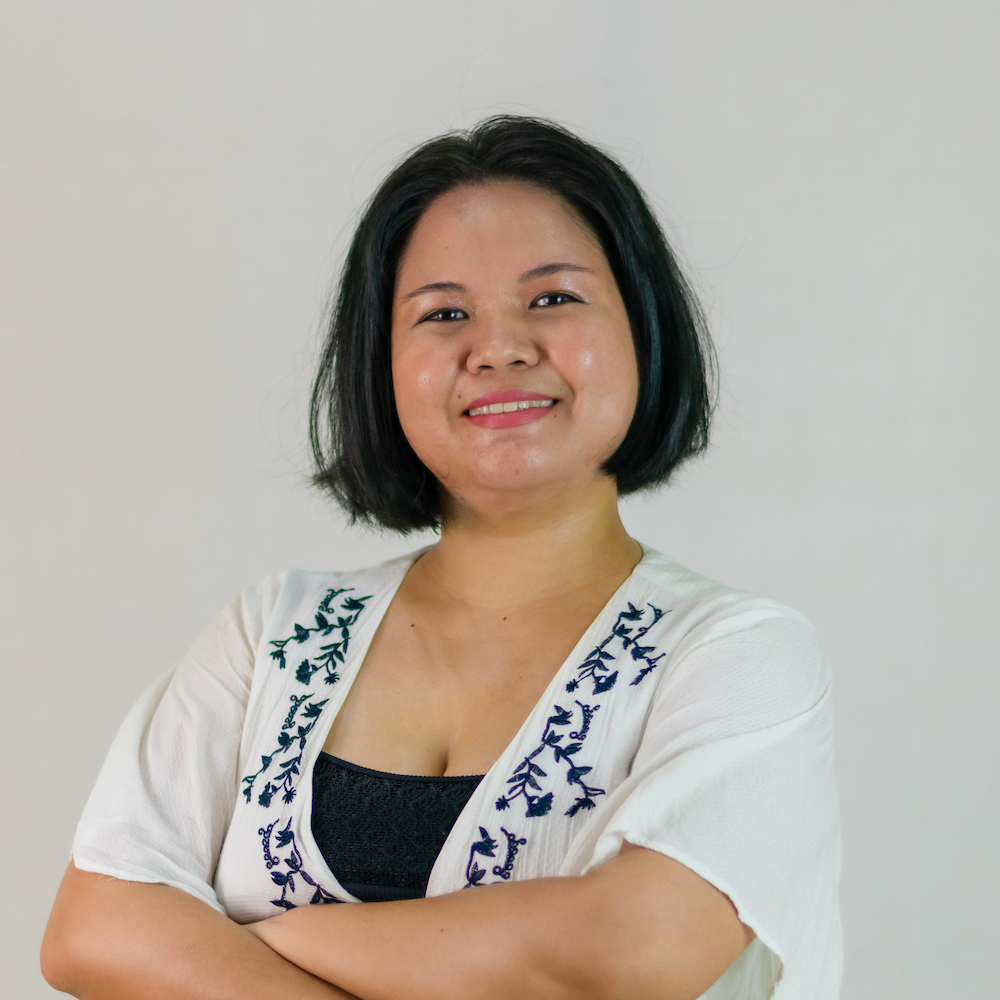 Cris Antonio is a freelance Copywriter, Editor, and Speaker. If she’s not writing or editing, she helps business owners and young adults build their presence on the Web.